This is where we discuss figure skating and skating related items. How did you favourite skaters perform, and so on? However we never speculate on the private lives of skaters, like who might be going out with whom, because that is poison and is not tolerated here. A good guideline is that if it's not publicly announced, in the papers etc. then it's probably best to leave it alone. Is it a gray area? Then write to me and ask.
Post Reply
46 posts

Ted Barton has been joined by Josée Chouinard for the Novice Men FS, the Junior Women SP and the Junior Free Dance.

If you missed the live events, the video is being archived - here is what's available so far:
Top

Another Canadian record was set today - in the Junior Ladies FS. Kaiya Ruiter who set a record in Novice last year (which was broken yesterday), skated to music from Harry Potter and wove her magic to a new record with 7 triples landed, including a 3Lz3T. 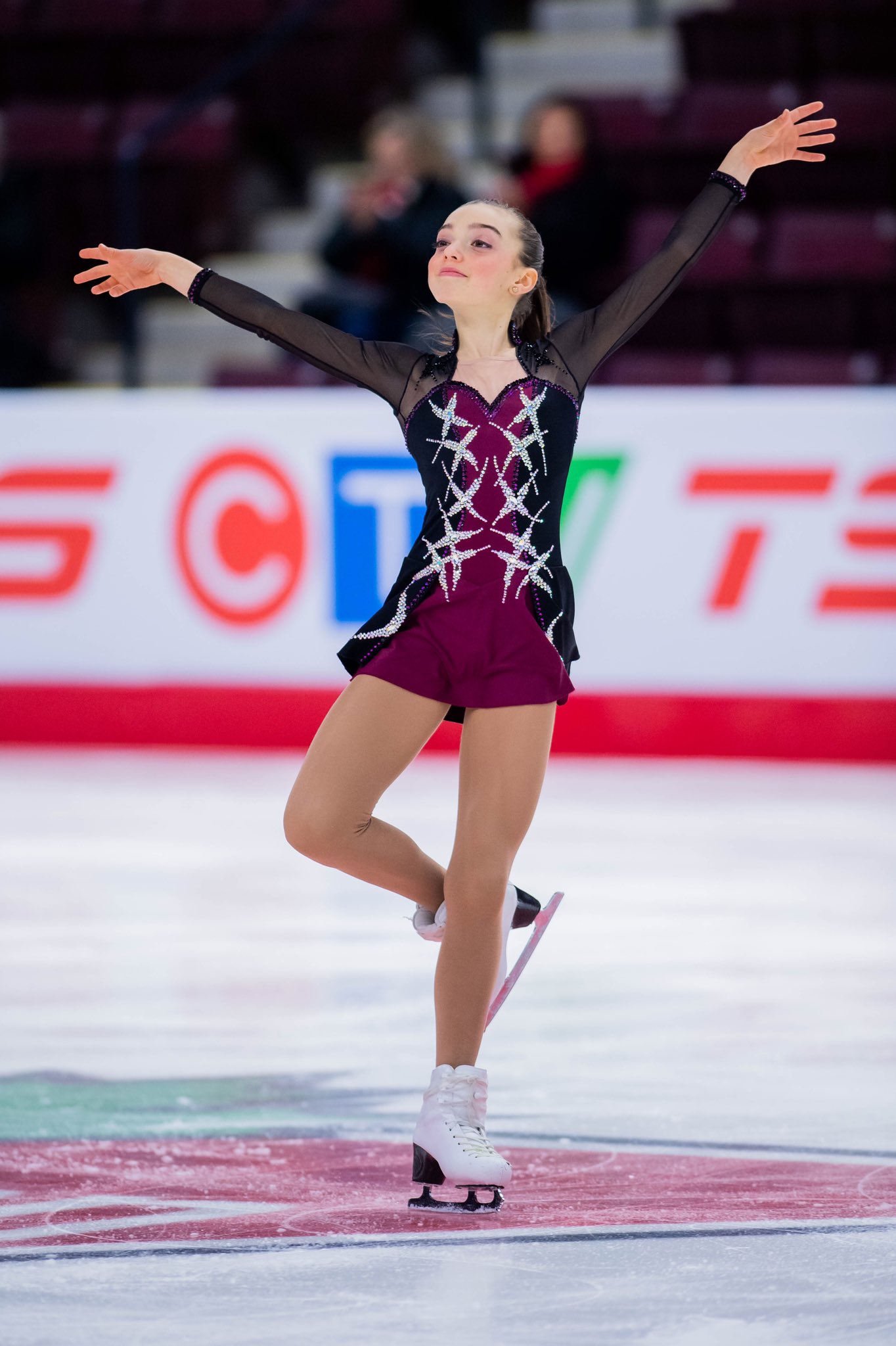 An interview with Kaiya by Elladj Balde: https://youtu.be/kQi6O2HcH04
Top

The article includes links to their rhythm dance and free dance performances.
Top

More archived videos: Later today the novice and junior pairs will have their free skates.
Top

Later today the last two events of the Novice & Junior championships will be on the Dailymotion live streams in English & French.

There has been one withdrawal from the Junior Pairs - Carignan & Pierro have withdrawn; she had a bad fall in the warm-up yesterday and people suspected they might not be able to skate; they did but after they competed he actually carried her off the ice.
Top

Nam vs Keegan will one of them go to Worlds?
https://torontosun.com/sports/olympics/ ... mpionships
Top

There will be some non-geo-blocked streaming on Friday from Canadian: 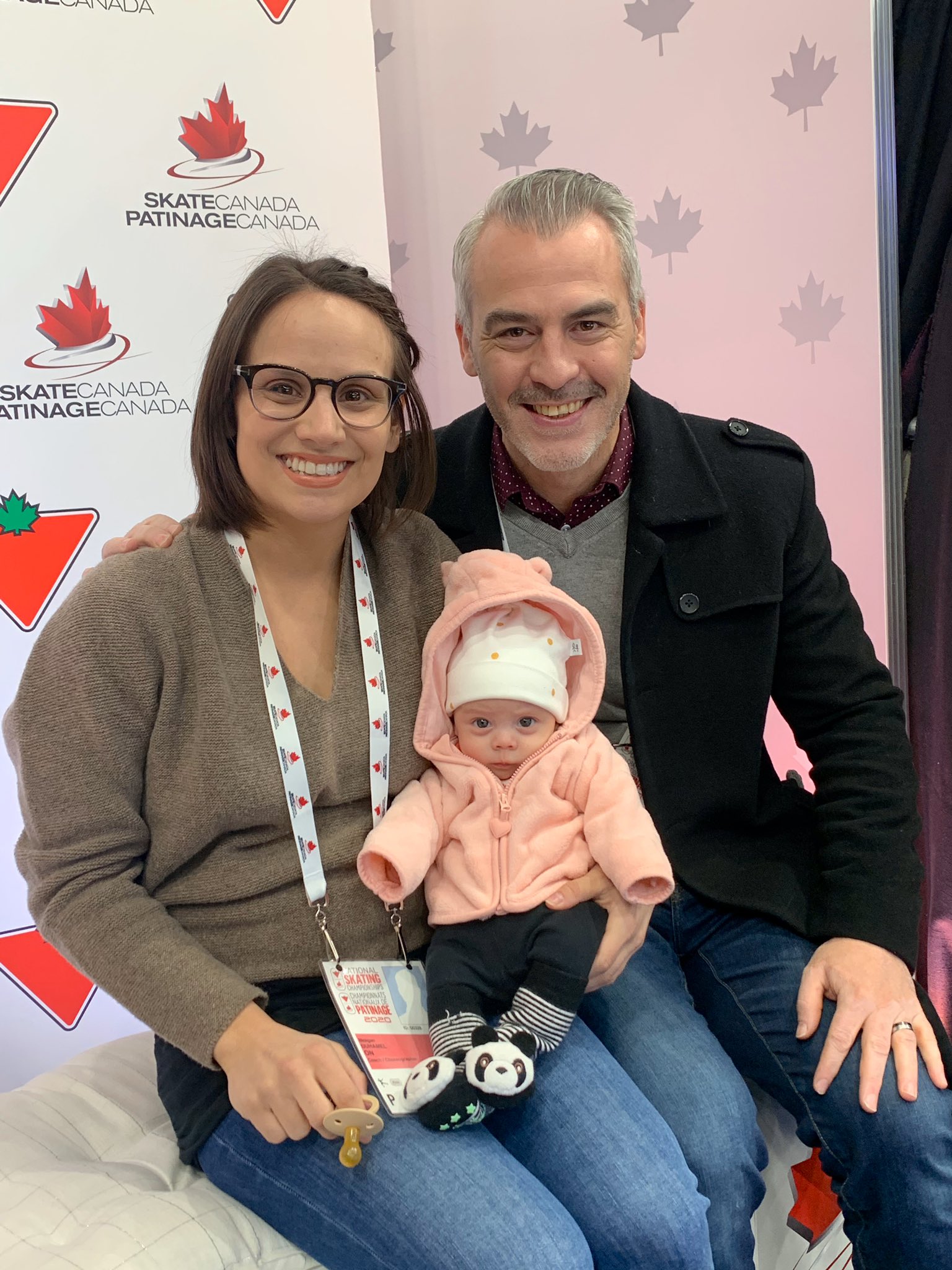 We are here at the Gala and a note that we will air the Gala in its entirety tonight on TSN2 at 6:30 pm ET

Would love to hear your thoughts on Canadians Elizabeth and anyone else who was there. I’ve yet to watch the short programmes, but glued myself to the TV Saturday.

What stands out in addition to our delightful new Jr champion are:
the improvement Roman exhibited, basic skating, secure jumps with amazingly rapid rotation for a tall young man, and he looked fast,
Piper and Paul just look like champions! Edges so deep I don’t know how their boots didn’t scrap the ice.
Top

I got home late last night after my return flight was delayed almost two hours. Today has been a catching up day with some time spent preparing for the skating the rest of the week

Roman certainly skated well but still seems a bit "sloppy" - his history, including a failure to consistently deliver two good programs in the same competition, is probably why there is essentially a "skate-off" for that single spot at Worlds. Skate Canada are, in my opinion, following their pre-published criteria in the World team selection.

The level of skating in the novice women was impressive with some in the junior women - Kaiya was, of course, a standout. The level of skating in the senior women was "interesting" to "disappointing" - some nice results from first-year seniors show future promise. Definitely a rebuilding time. In my opinion, Gabby should not have competed - she claimed she was skating better in practices than in competition but I didn't see that in the practice I saw. Her much-talked about FS tribute to her grandmother was rather embarrassing to watch

The pairs team that I was most impressed by was Walsh-Michaud - both their short and long programs showed a level of improvement that amazed me. It appears that the time they spent training with Maxim Trankov was well spent! Lubov & Charlie weren't as sharp in the FS as in the SP but certainly are doing some unique moves and it's good to seem them competing and so happy to be there

Piper and Paul were wonderful, for sure. I was sorry that Laurence & Nic had to take time off for his knee surgery - they were in attendance but he was still on crutches. They said that they will not "push it" for Worlds as they are looking for him to be fully healed. I was also very sorry for Sales & Wamseeker's error in the rhythm dance.

It was nice to see the level of friendship and support between the competitors, especially those who will be our team at 4CCs.

Here's a link to a site with lots of photos from Canadians: http://figureskatersonline.com/news/202 ... pionships/

A little levity (or levitation) from the men's medal ceremony 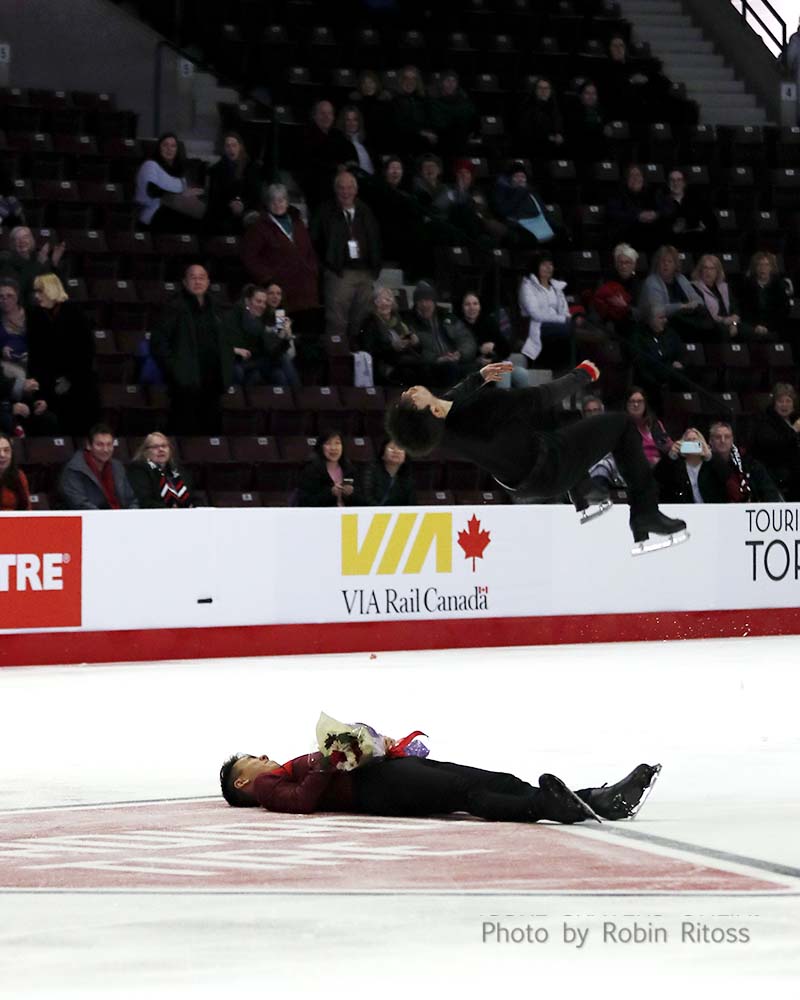